Two public figures left the world: One inspirational, one despicable

The death last Saturday of Britain’s former chief rabbi, Lord Sacks, has caused profound grief and mourning well beyond the United Kingdom and the Jewish community.

Widely admired for his unmatched ability to communicate Jewish moral thinking and use it to diagnose the West’s self-destructive culture, Jonathan Sacks achieved something even more important.

This has come most sharply into focus only now that it has been snatched away from us. It was his ability to help us all make sense of existence, and to give our lives hope and purpose. 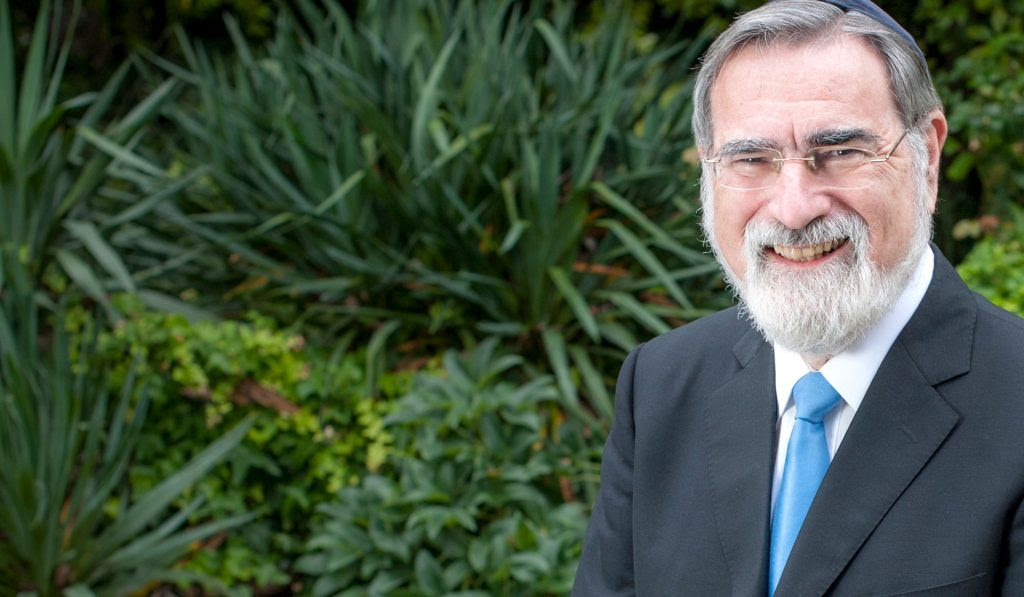 From the level of bereavement felt across the world, it’s become clear that he reached many more people, including non-Jews, than had been imagined. His death has left untold numbers of ordinary people bereft.

What a contrast with the other high-profile death this week. On Tuesday, Saeb Erekat died of complications from COVID-19 at Hadassah hospital in Jerusalem.

Erekat was the Palestinians’ veteran chief negotiator. When he became seriously ill, he chose to go to Hadassah Medical Center-Ein Kerem, where he knew that Israeli doctors would try everything they could to save his life.

This was despite the Palestinian Authority blocking Palestinian Arabs from Israeli hospital care after suspending ties with the Jewish state. It blocked medical aid for the Palestinians sent by the United Arab Emirates simply because it had arrived on a direct flight to Israel.

More viciously, the P.A. also spread the blood libel that Israel was intentionally infecting Palestinians with the virus in order to kill them. Erekat himself claimed that the Israelis were “spitting on Palestinian cars and property in order to transfer the corona disease” to fulfil “the wild desire to get rid of the Palestinian people in any way.”

Such grotesque lies were nothing new. Erekat, who spoke honeyed words of peace and reconciliation for the benefit of those in the West determined to ignore ineradicable Palestinian anti-Semitism and Israel-rejectionism, spent much of his life inciting murderous hatred and violence against Israelis. Blood libels were his stock in trade.

The most notorious was in 2002, when he initiated and spread the lie that Israeli forces had “massacred” more than 500 Palestinians in Jenin during Israel’s counter-terror operation following the Palestinians’ attack on the Passover seder in Netanya and other horrific bombings.

In fact, 23 Israeli soldiers and a confirmed total of only 52 Palestinians—almost all of them terrorists—were killed in the battle of Jenin. The Israeli soldiers died because, rather than blowing up suspected terrorist homes, they went from house to house to avoid any possibility of harming Palestinian civilians. They died mainly because the Palestinians booby-trapped the homes to blow these soldiers up.

Erekat never retracted his lies but doubled down on them. In repeated interviews, he claimed that Israel was burying more than 300 Palestinians in mass graves, and that he had a list of 1,600 Palestinians who were missing relatives (including children) in Jenin.

Such false and incendiary allegations were used as a strategy of war against Israel, to demonize and delegitimize it by provoking international outrage, and to incite yet more murderous rage against it throughout the Arab and Muslim world.

Western and Israeli leftists, as well the BBC and other media, along with the stage army of politicians and officials involved in the “Middle East peace process” circus have all been lionizing Erekat since his death as a “peace-maker” and making no mention of any of this murderous incitement.

Nor has any of them spoken of his support for terrorism against Israel. In 2017, Erekat asserted falsely that “Hamas and the PFLP [Popular Front for the Liberation of Palestine] are not terrorist organizations” and called Hamas simply a “Palestinian political party.”

In 2015, Erekat justified random stabbing attacks by Palestinians as “self-defense.” During a 2014 interview on Al Jazeera, he stated that the Palestinians “absolutely” had the “right” to “resistance”—the euphemism for perpetrating violence and murder. During that same interview, he declared: “I will never recognize Israel as a Jewish state.”

Erekat was buried in the Jordan Valley with a rifle salute and with his coffin carried by paramilitaries. He was eulogized by both Palestinian political allies and opponents, including Hamas which hailed him as “a national leader and a fighter.”

In other words, he has been feted in death by people consumed by the hate-fueled aim of destroying Israel, along with others too naive or addled by their Kumbaya attitude to the world to understand that they have been conscripted as useful idiots in furthering that infernal cause.

Rabbi Sacks’s funeral in London, starkly simple in the Jewish tradition and sparsely attended because of coronavirus restrictions, has been followed by near-daily emotional gatherings on Zoom commemorating a man who devoted himself to increasing the human potential for good.

What his life illuminated was not just his own extraordinary gifts but what makes Judaism itself unique: the hope it gives for both individual and universal transformation for the better.

In a powerful lecture he delivered in 2015 on how to heal a fractured world, Sacks said that for Jews “to live is to give. To receive but not to give is not life at all.”

The purpose of Jewish religious ethics is to make a better world by giving to it. Jews may not always live up to this ideal, but its centrality to Jewish culture is a big reason why the contribution that Jews make to the world is wildly disproportionate to their minute numerical strength.

It’s why so many Jews are doctors, lawyers, scientists, working to heal and save lives, to fight injustice, to rescue people from natural disasters or develop ways of alleviating famine, starvation and other hardships. In helping other people, they help themselves to thrive as a people.

The Palestinians have collectively chosen the opposite path: to demand but never to give, to hate and destroy, rather than to love and to build. In trying to bring others down, they destroy their own ability to thrive.

Saeb Erekat died in keeping with the cause he had served: eager to take for himself from those who choose to give even to their mortal enemies—and whom he had spent his life trying to destroy, thereby helping perpetuate a cult of death and decay.

In stark contrast, the monumental legacy of books, videos, speeches, commentaries, liturgical translations and other works that Rabbi Sacks has left for the world will ensure that his insight into life’s purpose and his love for humanity will live on—to enlighten, to inspire and to console.

Melanie Phillips, a British journalist, broadcaster and author, writes a weekly column for JNS. Currently a columnist for “The Times of London,” her personal and political memoir, “Guardian Angel,” has been published by Bombardier, which also published her first novel, “The Legacy,” in 2018. Go to melaniephillips.substack.com to access her work.